CLICK HERE TO REGISTER FOR MY LIVE TRAINING OCTOBER 16 ON ROUTINES! 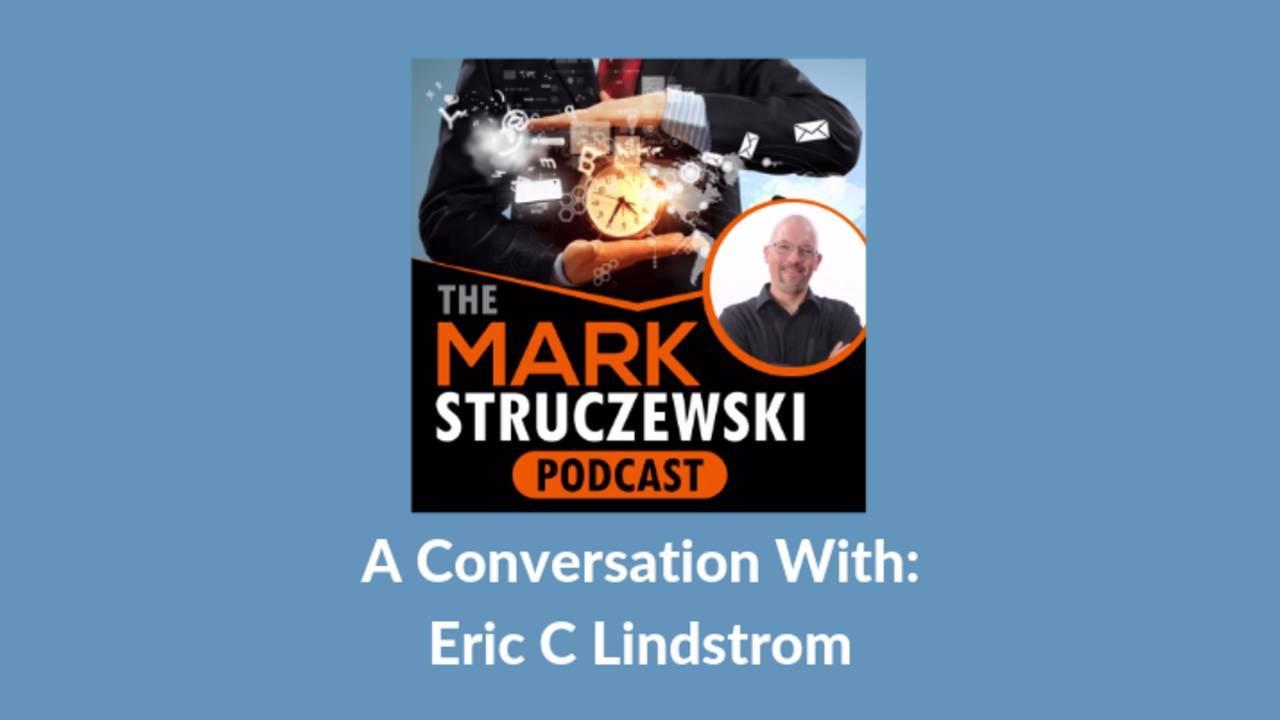 In this episode, we talk about why Eric became a vegan overnight, cliches of being a vegan plus we have a ton of fun! An incredible episode even if you're not a vegan. 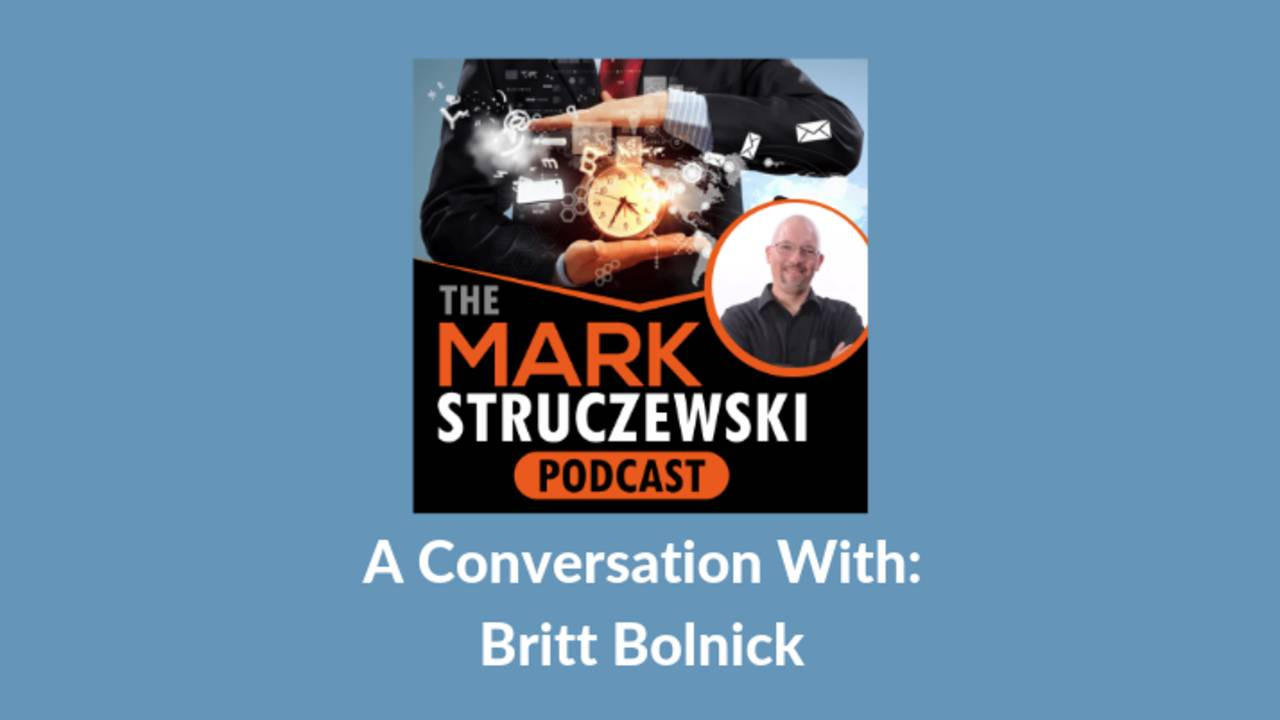 From food stamps to financial success...

Britt is the founder of In Arms Coaching and Pittie Posse Rescue, a ground-breaking dog rescue. She's a six figure business coach and speaker who is deeply in service to women who are fully committed to building a business they LOVE, that is lucrative, joyful, AND leaves them time to do all the other things they love in their life.

She's far from your average business woman and we think your audience will find her story relatable and inspiring….

Britt took herself from a struggling single mother on food stamps to a work-at-home owner of a thriving, home-based business as well as her own non-profit- in less than 40 hours a week on average.

Once she grew In Arms Coaching to six figures she focused on founding a non-profit dog rescue while still continuing to lead her heart centered biz, with both ease and more free time than many self-employed women enjoy.

She believes all women should be able to follow their passions AND be prosperous... 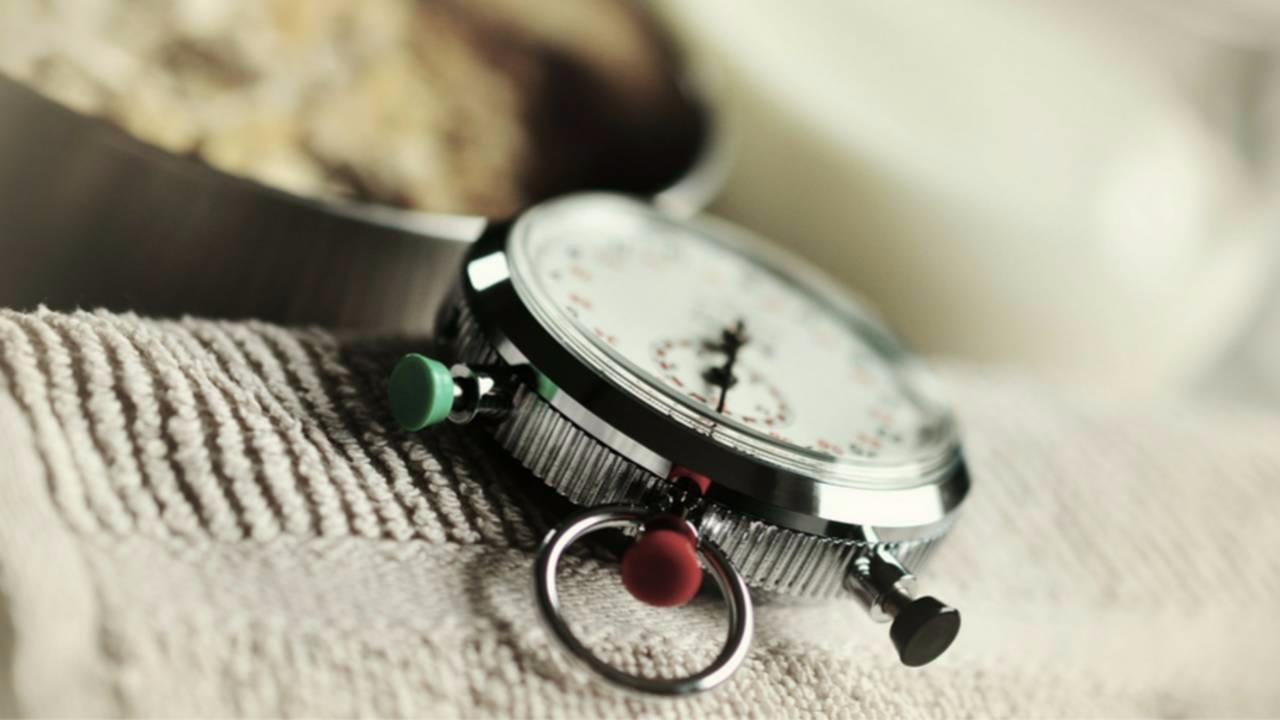 Procrastination is the enemy. An epidemic in our world. But all hope is not lost. It is possible to stop procrastinating.

Just as in life, when it comes to learning how to conquer procrastination, there’s a lot to be said about simplicity. The easier it is to understand a concept or strategy, the more likely are you to implement it.

Here are five ways you can stop procrastinating today.

According to a 1956 article in Psychological Review written by George A. Miller, humans can retain around seven digits, six letters, and around five words. However, it depends on the complexity of the information being stored in our brains. For example, seven short words are easier to retain than seven long words.

Another study, found in the Proceedings of the National Academy of Sciences, discovered that while early research found that the memory’s cut off was seven items, “the true capacity is lower when people are not...

The Benefits of Drinking Water 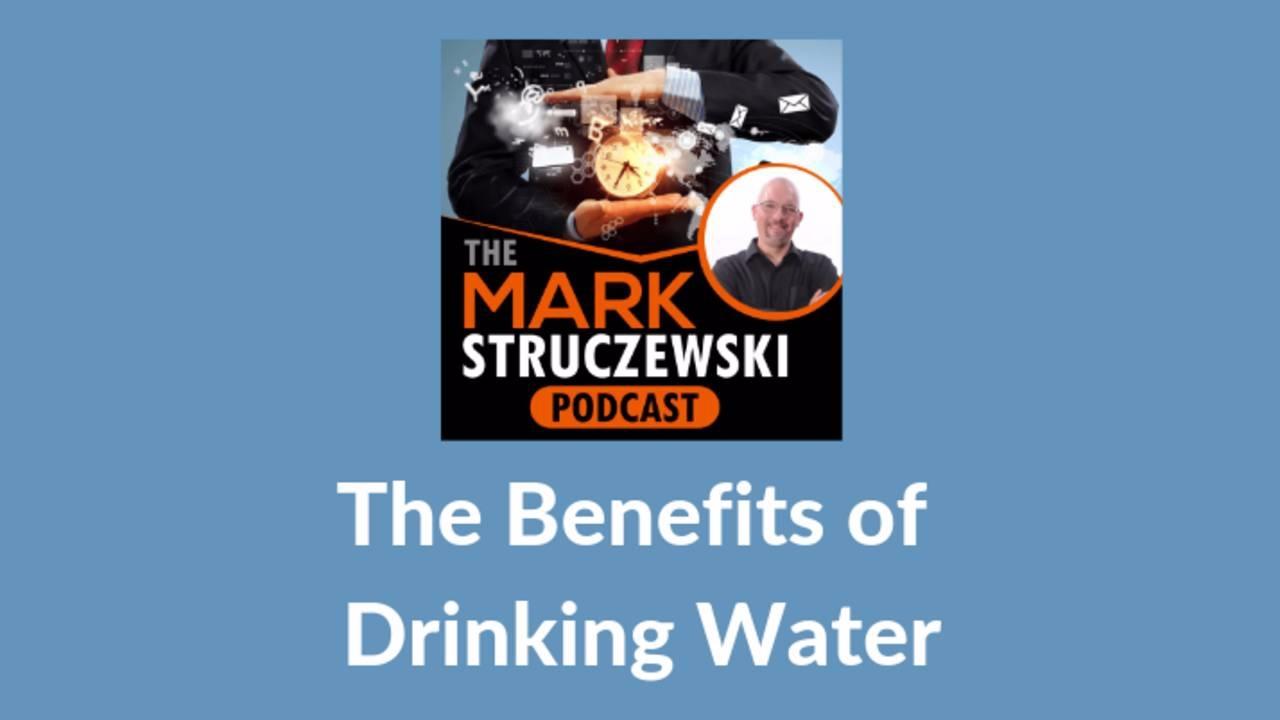 Did you know that water is the second most popular drink? I tell what #1 is in the show. And that our bodies are made up of around 60% (our blood 90%)? So, yeah. Water is kind of important. That's the subject of this episode.

3 Ways to Control Your Email Inbox 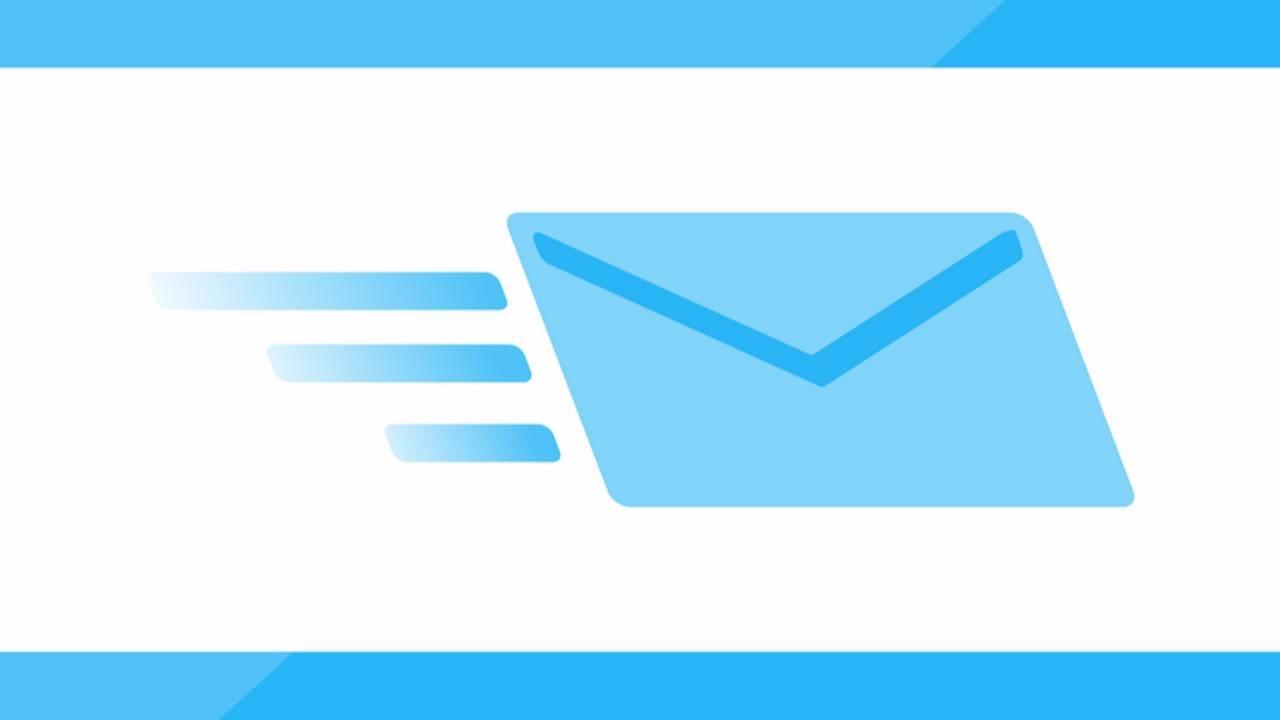 Remember when email first came out?

You were so excited.

You didn't care what email you received. You just wanted email.

Boy...the world has come a long way, hasn't it?

First of all, I don't see email going away anytime soon. I write that despite the increased use of iMessage/text messaging, Slack, and countless other ways we can communicate with each other.

But if you don't get control of your email inbox, you're setting yourself up for a lot of stress (the bad kind of stress).

Before I give you three solid ways to regain control of your inbox, let me point out three things you should not do. 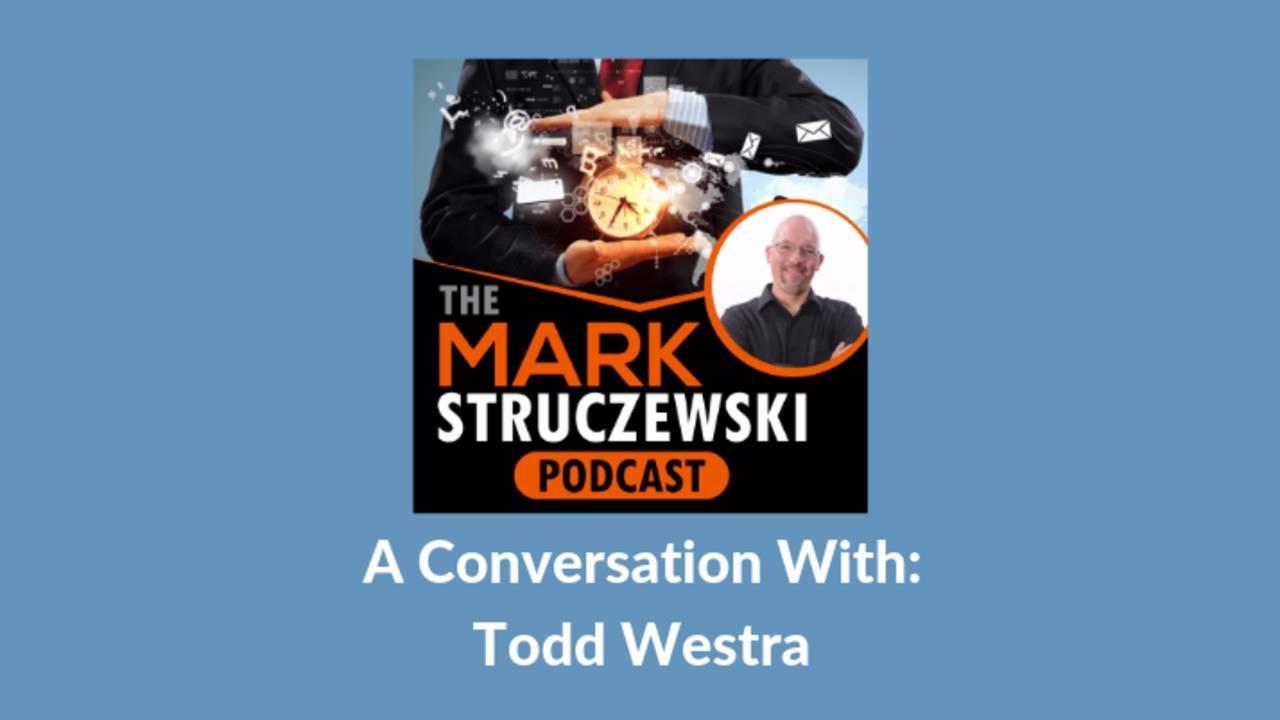 On this episode with Todd Westra, we talk how to be productive at home with 8 kids, reactive/proactive blends, the first hour of the day and discovery time.

Social Media and Your Productivity 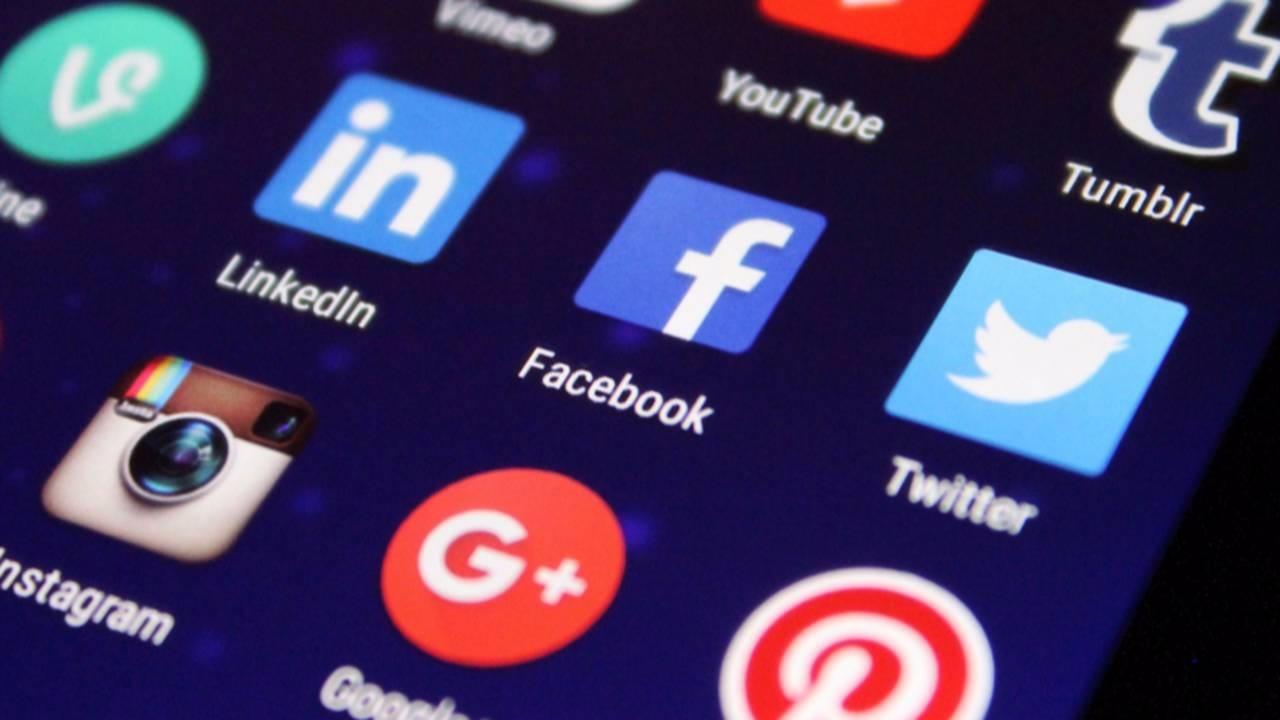 What words or phrases popped into your mind when you read those words?

I promise you that if I asked 100 people this question, I would get 100 different answers.

Some would say they love social media. That it does so much for them.

Others would say meh.

And still others would react as if I swore in church.

I know this because I’ve asked people along my journey what they thought and they told me. And I want you to tell me in the comments!

I've always said and still maintain: social media is both a blessing and a curse.

Here's the thing: it doesn't matter what you think it is so much as it matters that YOU are the one who is in charge of social media in your life.

What do I mean by that?

You don't have to be on any other social media platform. No one is holding a gun to your head and... 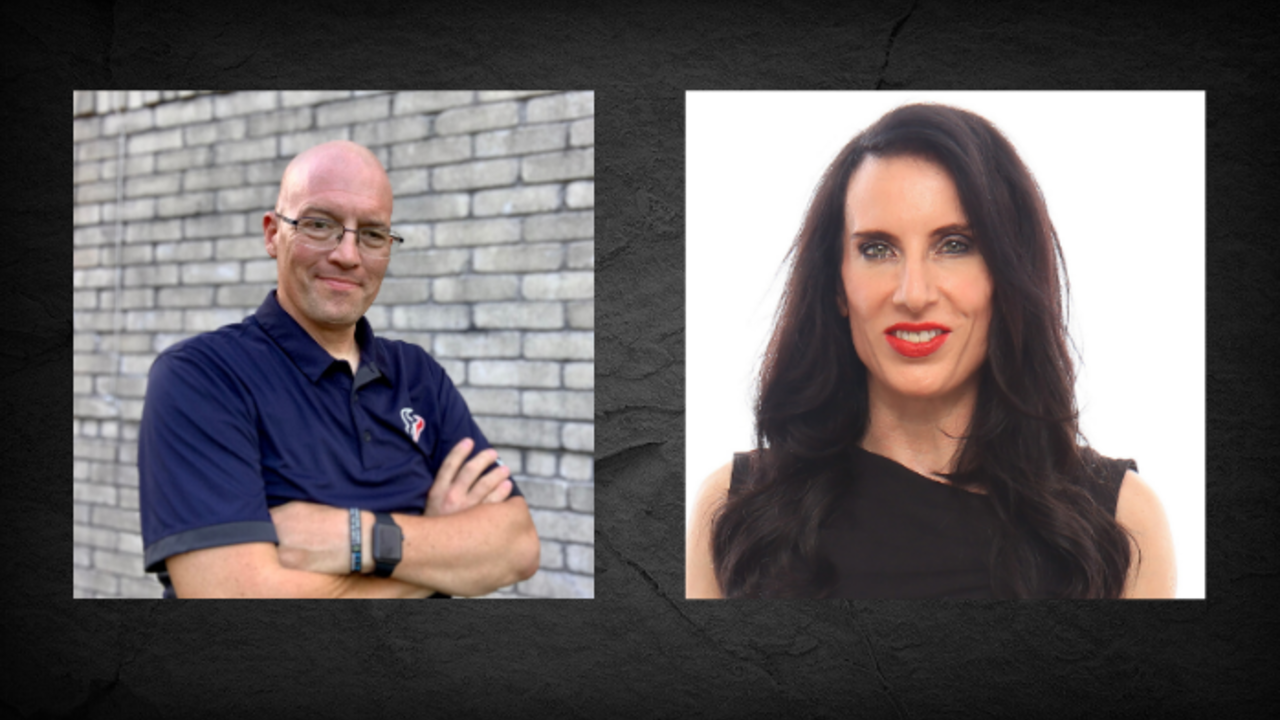 Dr. Tracy Thomas is an award winning psychologist, a best-selling author, Ted Speaker, and the world's leading expert on Emotional Strength Training. She knows how to get results, turning her clients into leaders who take charge of their own lives and change the very way they exist. She’s worked with executives, leaders, and celebrities, equipping them with the epic emotional strength they need to succeed. She’s been published in hundreds of national media outlets, and has inspired millions of people to create a powerful and productive relationship with themselves.
It is her life’s quest to train the first ‘emotionally educated’ generation, worldwide

If you're listening to a podcast about productivity and optimum performance, you probably want to be more productive. So why aren't you? In this incredibly powerful episode with Dr. Tracy Thomas, we explore this topic and give you solid strategies that you can implement immediately.

How to be Productive in the Morning 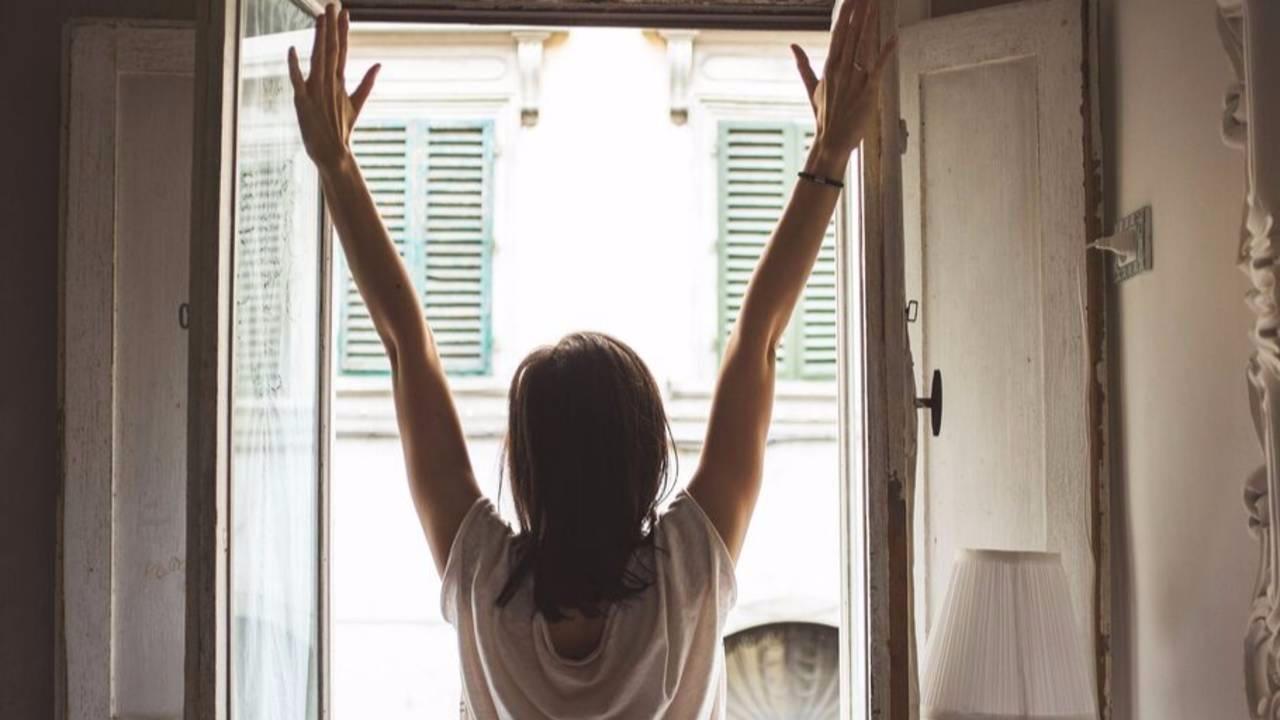 Morning is a very sacred time of your day.

You have just awoken from a (hopefully) good night sleep and you’re presented with a brand new day. A brand new opportunity.

What do you normally do when you first open your eyes? Or when your alarm goes off?

Do you linger under the covers in the comfort of your sheets avoiding the inevitable?

Do you press the snooze button repeatedly?

Instead of that, do this: immediately get up, put your feet on the floor and make your bed. This serves two purposes: 1) it puts a barrier between you and getting back under the covers and going back to sleep and 2) you’ve already accomplished something today! YAY!

Now that you’re up…here are some ways to make the beginning of your day the most productive it can be.

Make sure you allow yourself plenty of time to transition from sleeping to your day. This means not hitting that snooze button or laying in bed contemplating your day and what you need to do. 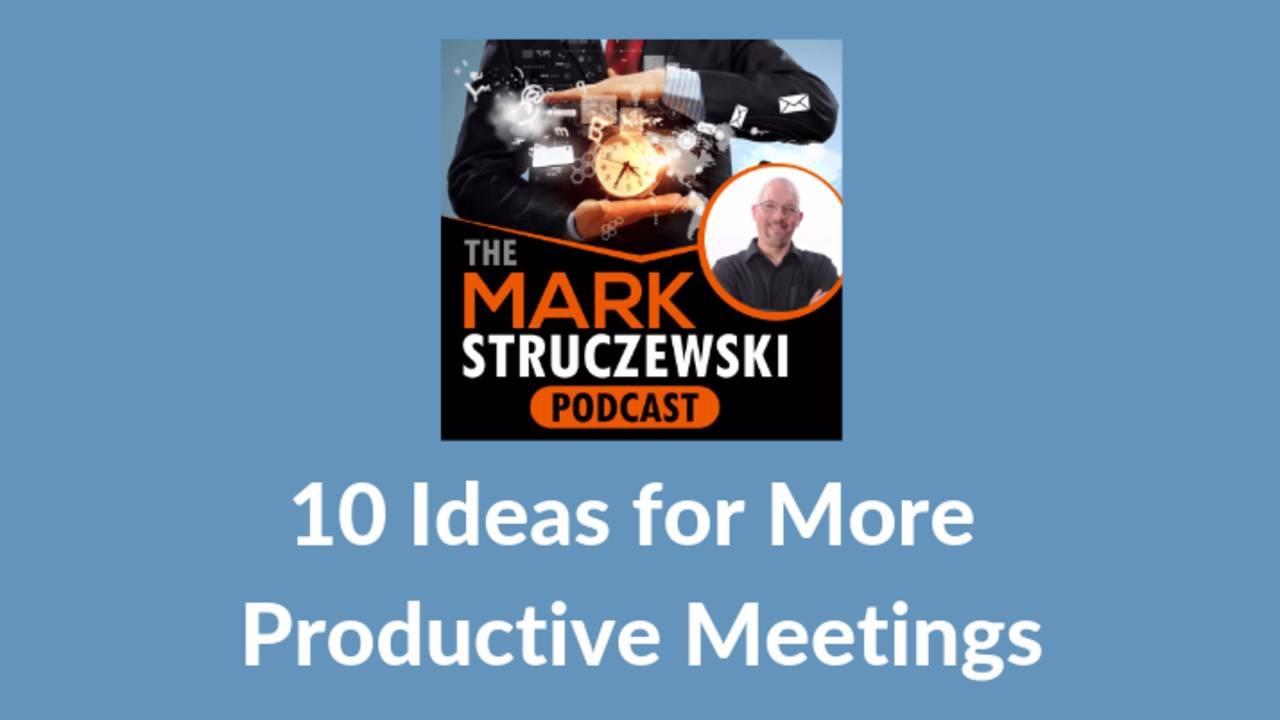 What emotions do you feel when you hear that word?

Or when you’re invited to one?

Or maybe you experience physical issues like pain in your neck, head or elsewhere?

We’ve all been to meetings that we felt were a waste of time. And that’s because the meeting planner didn’t know what they were doing. Maybe they weren’t trained correctly.

Here are 10 ideas to consider if you want to make your meetings more productive.

WHO NEEDS TO BE AT THE MEETING?

I remember reading Walter Isaacson’s biography about Steve Jobs. In it, he shared the story about a meeting Steve held in which there was someone that he wasn’t expecting. He asked her rather bluntly, “who are you?” When she told him, he replied, “we won’t be needing you here.”

I’m not saying do what Steve Jobs did…but do take a look at who REALLY...

Join the Mark Struczewski Insider and Learn How to be Productive in Our Increasingly Distracted World.