CLICK HERE TO REGISTER FOR MY LIVE TRAINING SEPTEMBER 18 ON PLANNING!

How to REALLY be More Productive 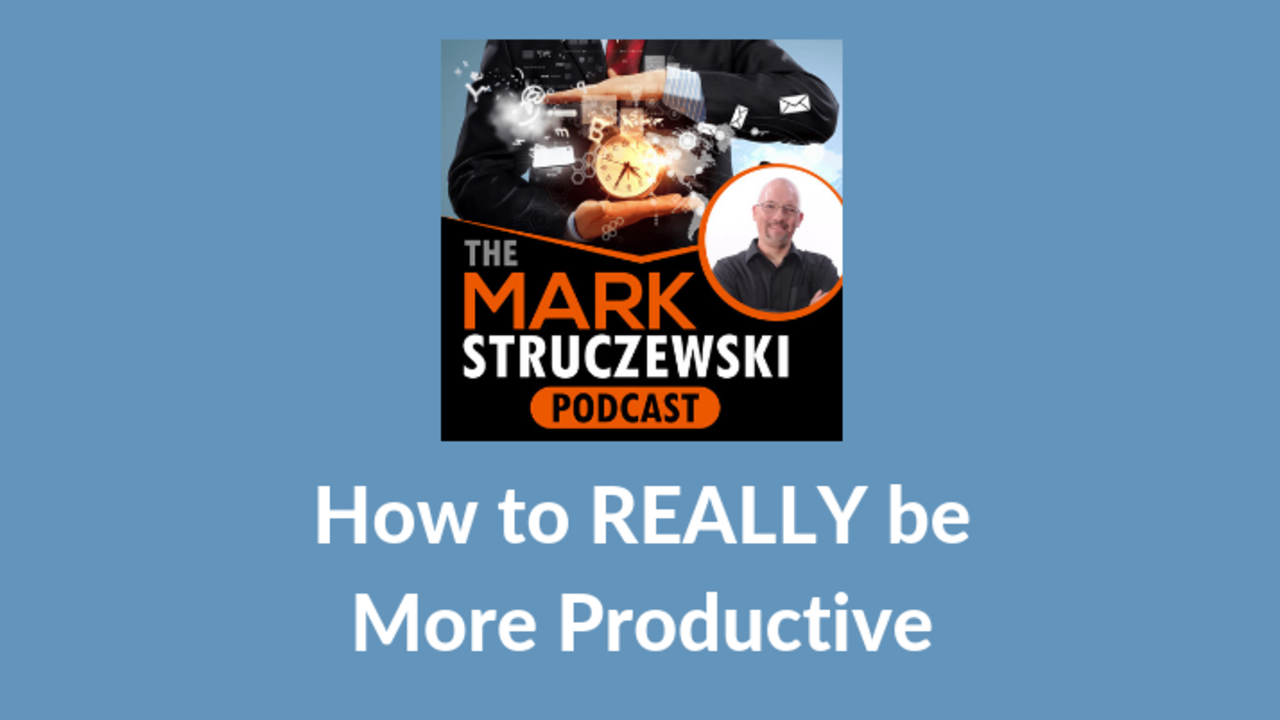 On this special episode, I am reading the ebook I released, How to REALLY be More Productive. This was a spur of the moment thing but I feel that there is so much here, I wanted to share it with you.

The Challenges of Leadership - Andy Kaufman 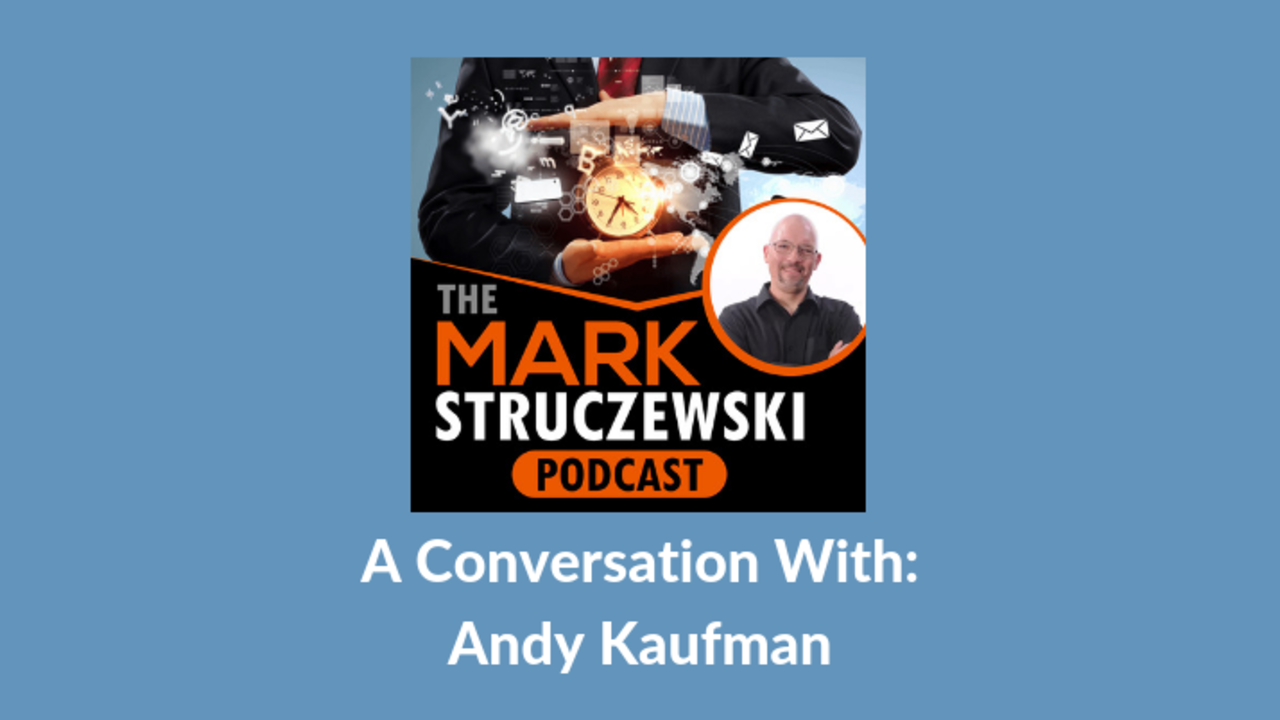 Andy Kaufman is a recognized expert on leadership and project management, helping organizations around the world improve their ability to lead and deliver. Andy works with leaders at the United Nations and other global clients to improve their ability to deliver on their initiatives. Before becoming an internationally sought-after speaker, Andy started as a software developer and was promoted into management for all the wrong reasons! He is the author of three books and host of the acclaimed People and Projects Podcast, which provides free PDUs through interviews and insights for his global listeners.

On this episode with Andy Kaufman: a secret for how to say no without saying no plus a power lesson from Lee Iacocca all leaders need to adopt.

Where you can find Andy:

Mark Green, author of Activators: A CEO’s Guide to Clearer Thinking and Getting Things Done, is a speaker, strategic advisor and coach to CEOs and executive teams worldwide. He helps his clients escape the Growth Trap by implementing a proven, easy-to-use framework to run and grow the business faster and more profitably, while expending less effort and less time.

On this episode with Mark Green: the accumulation of knowledge is never good enough, hidden growth killers for clear thinking and the power of disengaging.

Where you can find Mark:

How to Stop Procrastinating Now! 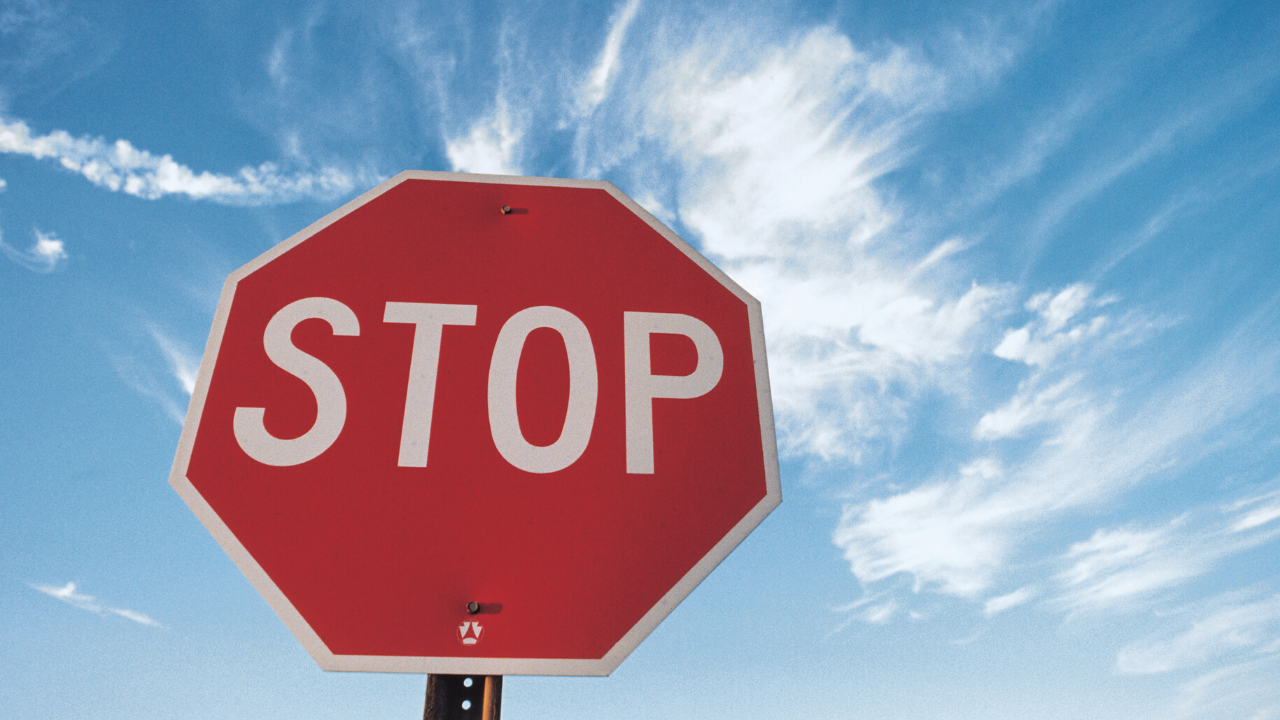 Procrastination is an enemy to your productivity. I would even say it is an epidemic in our world.

But all hope is not lost.

It is possible to stop procrastinating.

Just as in life, when it comes to learning how to conquer procrastination, there’s a lot to be said about simplicity.

The easier it is to understand a concept or strategy, the more likely are you to implement it.

In 1978, 5% of people admitted to chronic procrastination. Today that number exceeds 25%

According to a 2008 survey from Guru, 40% of people have experienced financial loss due to procrastination.

1 in 5 people procrastinates so badly that it may be jeopardizing their jobs, credit, relationships, and even their health.

In 2002, the total amount in tax overpayments caused by procrastination was $473 million (and that's just the United States).

A 2012 business survey determined that the cost per year for procrastination in business is $10,396 per employee.

How to Climb Every Day - Mark Steel 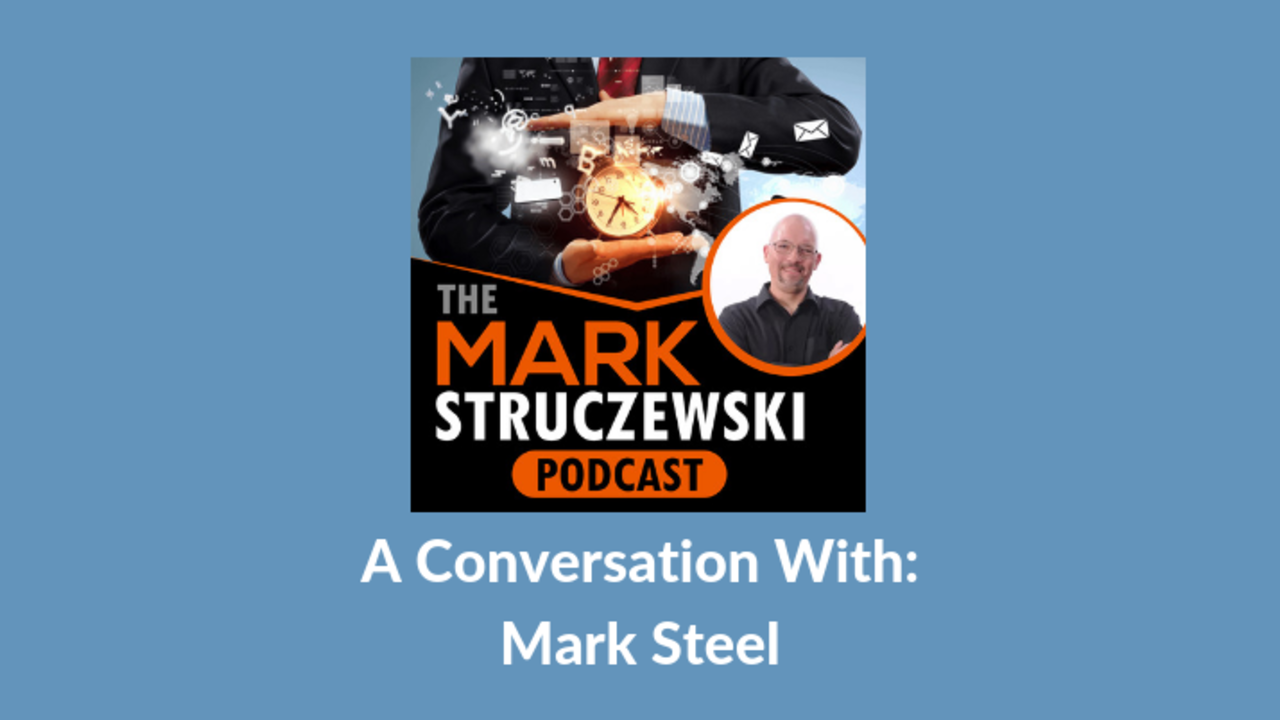 Mark Steel is an international speaker, coach, podcast host, as well as an avid rock climber. Prior to starting his own business, Mark was a sales leader for Microsoft, focused on enterprise productivity. Through his speaking, coaching, and podcast, Mark inspires professionals to “Climb Every Day” to achieve a life of confidence, growth, success, and gratitude.

On this episode with Mark Steel: why it's important to climb every day, why people resist getting out of their comfort zone and the mistakes they make when they do plus the fallacy of failure.

Where you can find Mark: 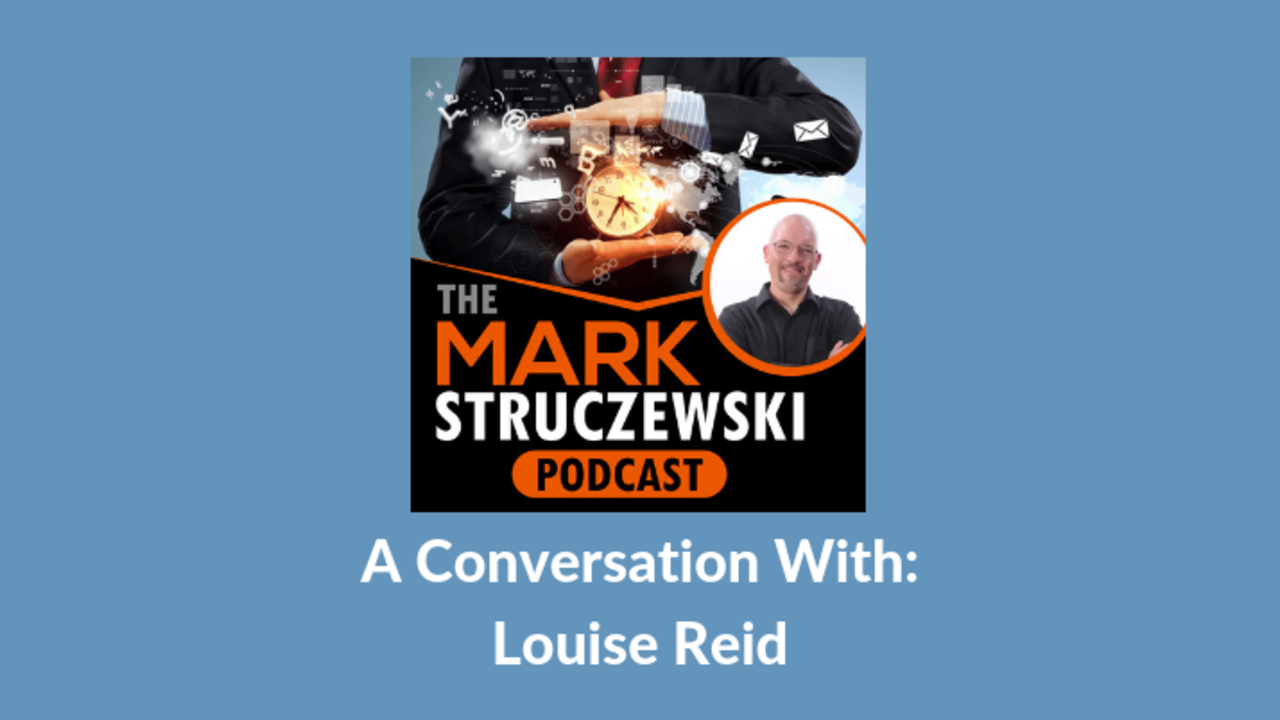 Louise is an entrepreneur, Coach and Podcaster helping women desiring high performance AND happiness in all areas of their lives; women who are striving for excellence AND fulfillment. Looking at life and work goals through a holistic lens, Louise uses science and soul to help clients dream it, design it and do it - whatever phase of life they are at.

On this episode with Louise Reid: practical and easy-to-implement strategies on how to stress less and live more, we're on our own journey to becoming.

Where you can find Louise:

5 Things That Affect Your Productivity 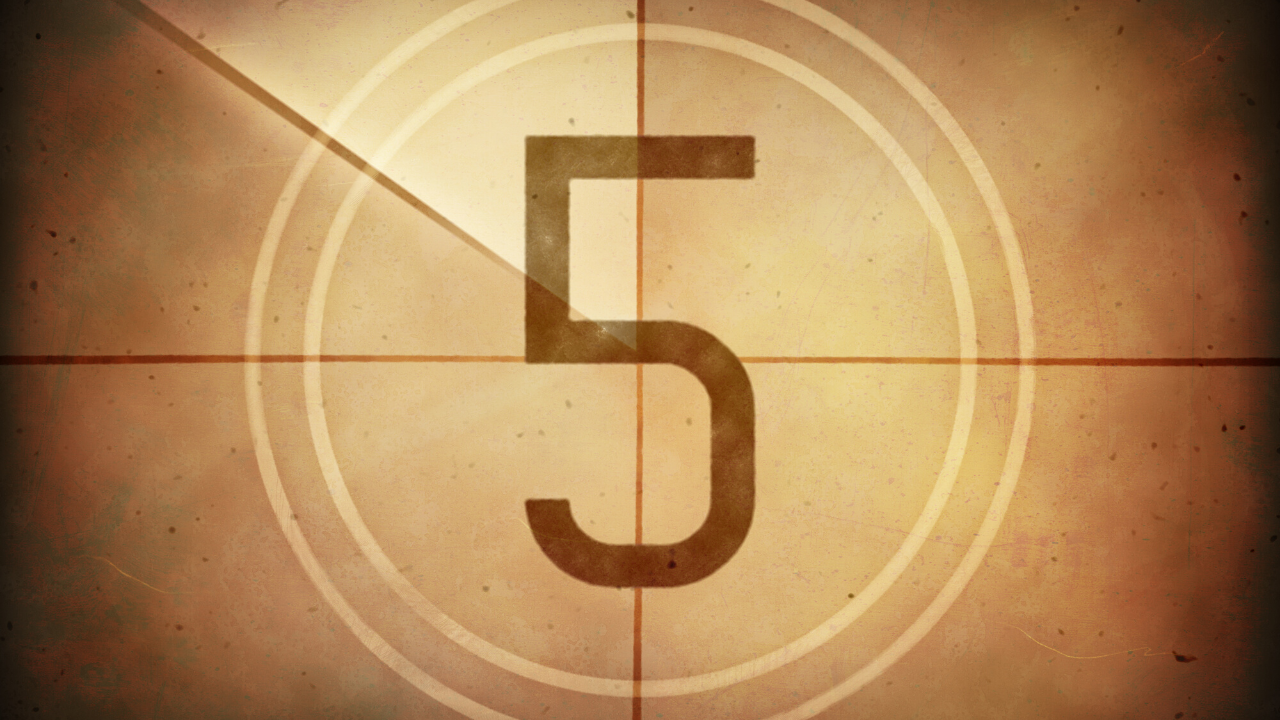 There are so many things that affect your productivity. In this post, I'm going to discuss five of the most common and give you suggestions on how to deal with each.

The people you hang around

Everyone is being influenced by people. Most of the time this happens on a subconscious level.

Take an inventory of who you hang around and ask yourself, are they:

Follow people who are productive. Read their books or blogs, listen to their podcast, purchase their courses, join their communities, invest in them.

Suggestion: reduce the amount of time you spend with those that are not encouraging you to be a better you. This may not be easy but you may need to get rid of those who are dragging you down - even if they've been in your life for yours.

What you are consuming

You are consuming things all day, every day: news, social media, gossip.... 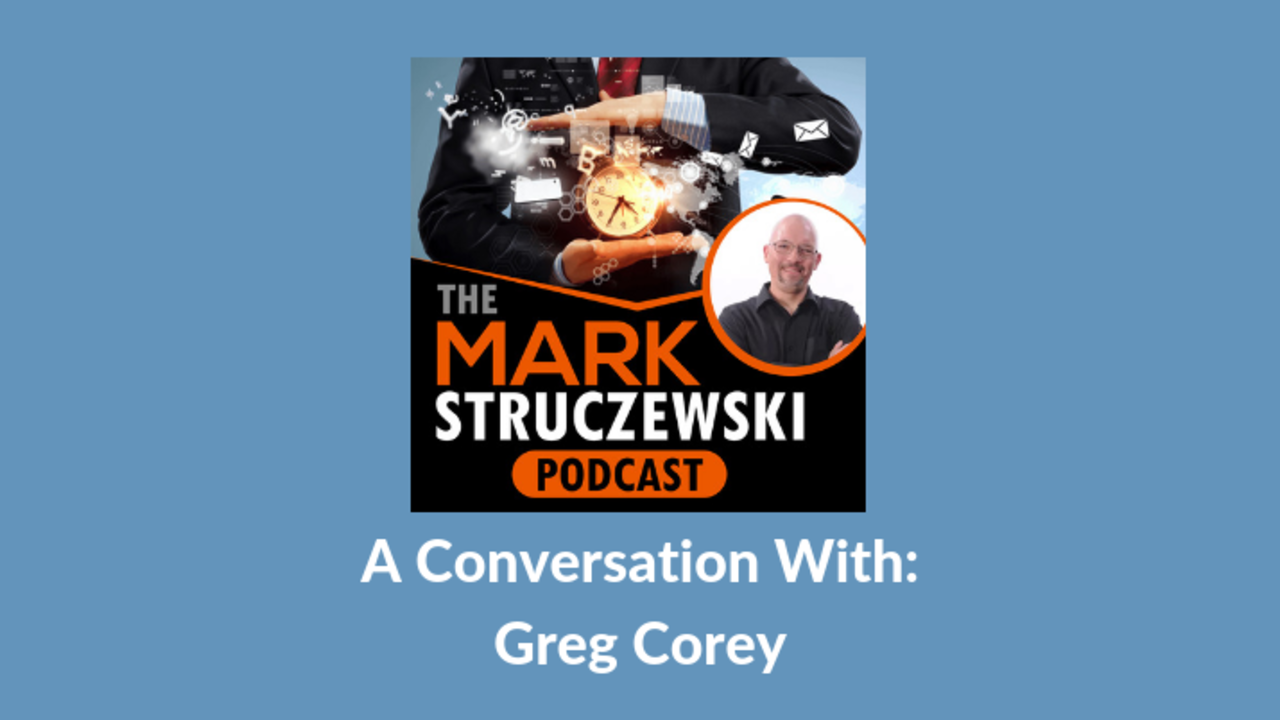 Greg Corey is the founder and principal of Porchlight, an Atlanta-based design agency rooted in retail. He has over 25 years of experience in the creative industry, particularly in the retail sector, and has worked with an impressive array of clients, including The Home Depot, Newell-Rubbermaid, Yamaha, Husky, Genie, RIDGID, NASCAR and the Olympics.

On this episode with Greg Corey: the importance of having a WRITTEN process for production (and everywhere else), what a traffic manager is and why their role is critical to your and your team's productivity.

Where you can find Greg:

How to Negotiate - Lousin Mehrabi 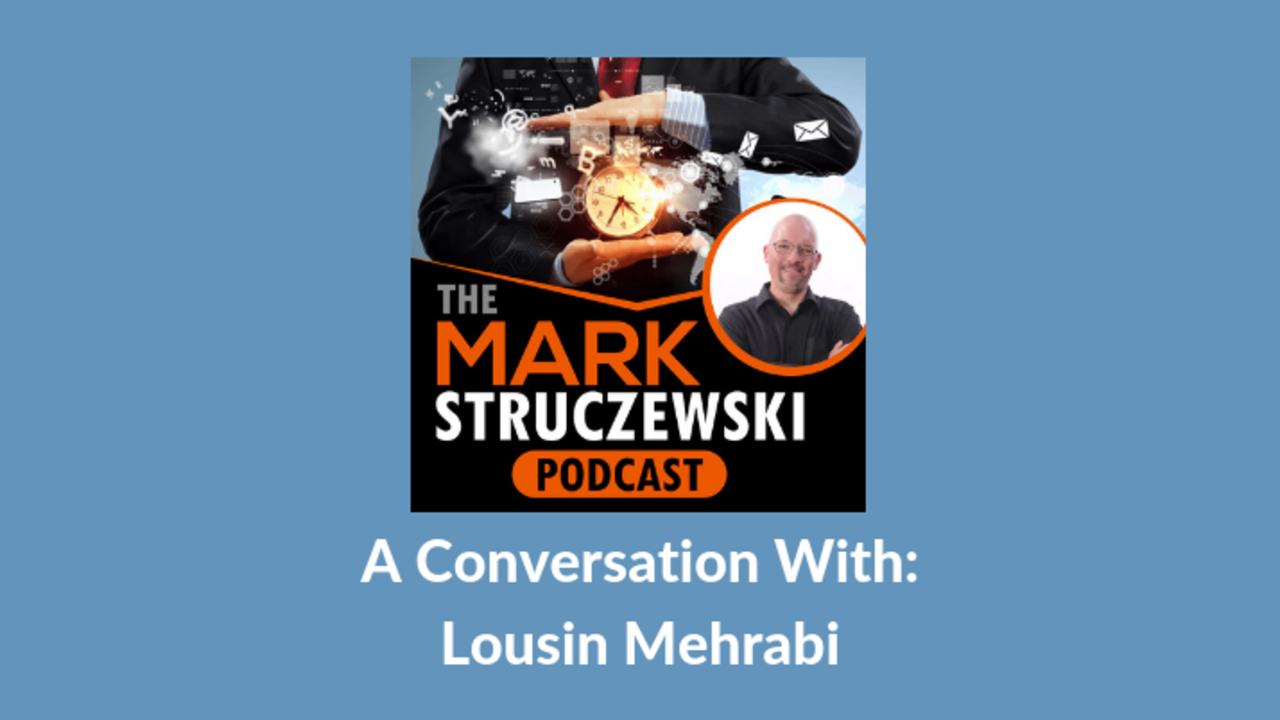 Lousin Mehrabi is Certified Professional Negotiator, Executive Coach and Trainer. She delivers trainings on complex negotiations, emotional intelligence and leadership, worldwide. For 12 years Lousin has worked on the trading floors of some of the world’s leading financial institutions. As a member of the Senior Management team she prepared and negotiated the group strategy, an IPO and Mergers & Acquisitions. She is a graduate of 4 international Business Schools, holds 4 nationalities and speaks 5 languages.

On this episode with Lousin Mehrabi: the one element you can't predict in negotiations, mistakes people make when negotiating and how to negotiate effectively.

Where you can find Lousin:

How to be Productive at Work 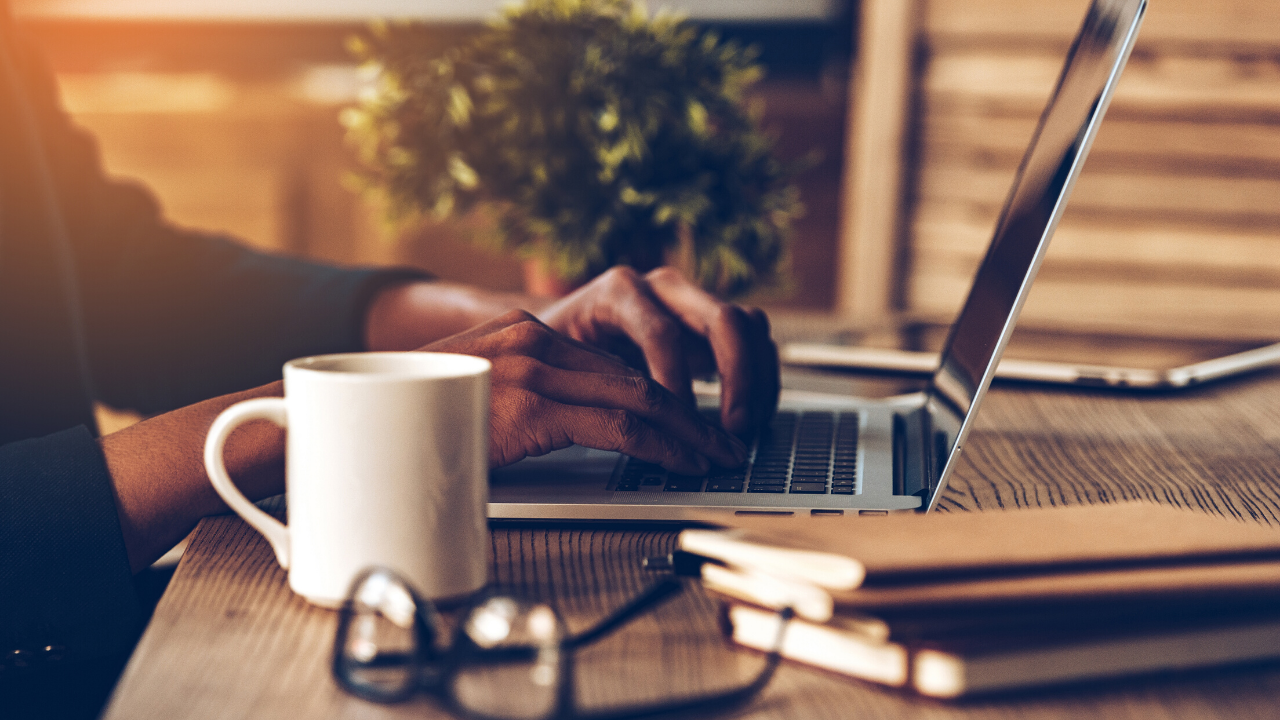 In this post, I will share how to deal with the "got 5 minutes" question plus give you four barriers you can use to create a productive work environment.

Before we get started

What you're about to learn will involve you setting boundaries and perhaps retraining your co-workers. While this may seem strange, it needs to happen.

You can't hope that as you change your co-workers will too.

Chances are good that there is a small percentage of people in your life who violate your time-space on a regular basis. These are people who stop by your office for "gotta a minute?"

In all that I teach you, please be professional.

How to deal with “got 5 minutes”

Has this ever happened to you?

Someone comes into your office or stops you in the hall and asks you, “hey, got 5 minutes?”

Join the Mark Struczewski Insider and Learn How to be Productive in Our Increasingly Distracted World.